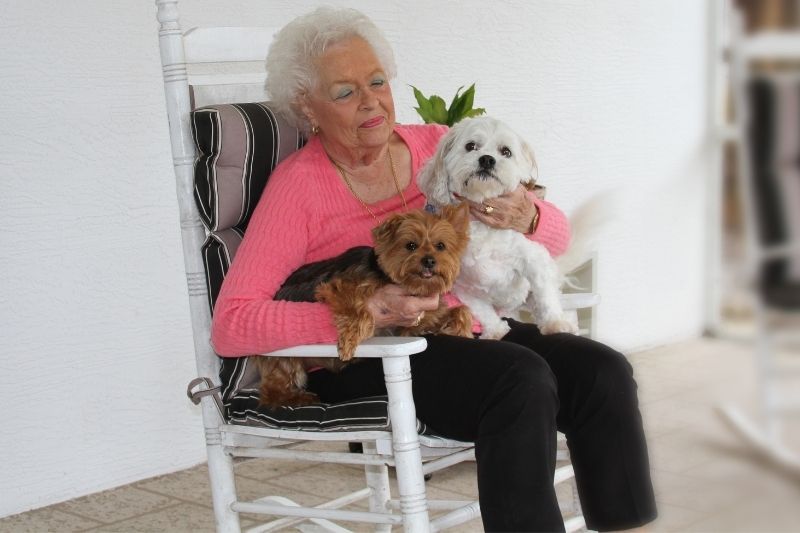 Loyal reader and previously featured Amazing Senior, Barbara Andersen was in a difficult place in her life earlier this year. After falling three times within one year, she knew she had to make a change. Her two dogs that she loves very much were holding her back from upgrading her life because she didn’t want to lose them or send them to someone she didn’t trust. After going from moving around with a cane to being wheelchair bound, she decided she couldn’t keep making excuses. The OurSeniors Team “took the bull by the horns,” Barbara said, “and moved at an unbelievable speed.”

The OurSeniors Team began Barbara’s transition first with legal assistance to understand the full picture and next steps and then pairing her with the team’s real estate agent that got her house painted, packed up and ready to sell. To everyone’s surprise, the house was sold within two days, making the whole transition a total of just three weeks’ time. Even after the move was over, the team still helps Barbara with her transportation, coordinating doctor’s appointments and ensuring that she is comfortable with her transition.

“I wouldn’t hesitate to recommend OurSeniors team for a small move to a full house or whole life transfer because I am happily settled in and would never have thought about making such a big change, but with their help and direction it made it almost painless,” said Barbara.

Barbara had years of accumulated items that needed to be moved or sold. The team found the right people to handle her valuable items and sell those to the right places. Barbara’s dogs, Bella and Roxy, are well cared for and visit Barbara regularly. Her future looks bright compared to her difficulties earlier this year with the help of trusted advisors and caring professionals.