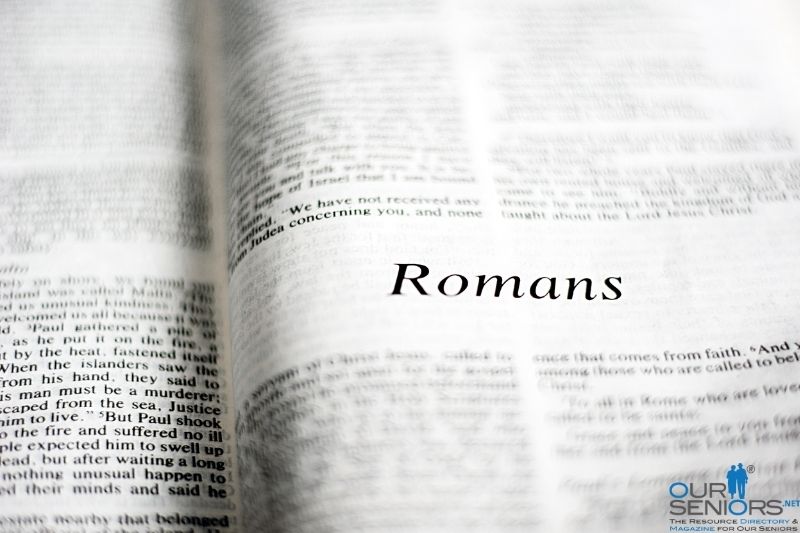 Is Romans one of your favorite books in the Bible? If not, then you do not have a revelation of the true Gospel. That’s a strong statement, but I believe I’m justified in making it. Romans is a powerful, powerful book.

Paul wrote Romans as a letter to the church in Rome. At the time he wrote it, Paul had never been to Rome, but he wrote to the Romans because their faith had been spoken of throughout the world.

However, something was beginning to happen in Rome that Paul needed to address. At this time, the church was a mixture of Jewish people and Gentiles, and some of the Jewish people had begun to influence new believers in Rome to go back under the covenant of the law. They had believed in Jesus, but they wanted New Testament believers to go back and observe all the Old Testament law. Paul wrote to them to show the differences between New Testament and Old Testament ideas.

I believe Romans is Paul’s masterpiece. He explains how God deals with us in a brand-new way—through mercy and grace instead of based on our performance and keeping of the law.

This is a huge difference. Many people today who have come to the Lord have developed a performance-based mentality. This keeps us from receiving from God and it causes a lot of guilt and condemnation. As a result, many people don’t walk in the freedom God intended for us.

“For I am not ashamed of the gospel of Christ.”

The word gospel was seldom used in Paul’s time. It literally means “good news,” but it’s more than that. The word gospel here refers to the nearly too-good-to-be-true news—the radically Good News that doesn’t apply to anything except what Jesus came to do for us through His death and resurrection, taking our sins away.

When Paul announced that he was not ashamed of the Gospel, he was opposing the religion of his day, which didn’t have any good news in it. In fact, it was oppressive. The religious leaders even counted out how many steps you could take on a sabbath day. They accused Jesus of breaking the sabbath when He healed people. Their lives were full of laws and rituals. People were constantly being told, “You’re wrong here; you’re wrong there; you can’t do enough.” Second Corinthians 3:7–9 calls the law a ministration of condemnation and death.

For Paul to say that he was not ashamed of the Good News—that Jesus paid everything, and that God’s love for him was not based on his performance—was radical. Paul went on to write in Romans 1:16:

“For it is the power of God unto salvation to every one that believeth; to the Jew first, and also to the Greek.”

Paul explained that this awesome gift of salvation—forgiveness, healing, prosperity, joy, and deliverance—has nothing to do with our performance but is based on our faith in what Jesus did.

There’s a lot more on Romans that I have to share with you that would change your life. I encourage you to go to my website, awmi.net, where you’ll find my full teaching on Romans, plus many other powerful resources including our Grace Encounters videos of people being set free from a religious mindset and other bondages. You can go to awmi.net/encounters to find these stories.

If you suffer from guilt, shame, and condemnation, or are in need of physical or emotional healing, call our Helpline at 719-635-1111 to talk to one of our trained prayer ministers. God wants to set you free!