Imagine being born in a country where your rights are limited and your freedom is non-existent.

Maria was born in 1952 on the beautiful and colorful island of Cuba. She was raised by her dutiful grandmother, Magdalena Perez. By the time she was seven years old, dictator Fulgencio Batista had been overthrown by the young Cuban revolutionist, Fidel Castro. During the first few months of his reign as Prime Minister, the island seemed to be prospering. The people were happy and life on the island was finally looking up. But it didn’t take long for Castro’s reign of terror to spread.

After a few weeks in office, Cuba’s new leader began his campaign of repression. Laws that hindered freedom of speech and fundamental rights were strictly enforced. There were surveillance teams in each pueblo, and military force was used to ensure compliance. The streets were littered with anxiety, fear, and snitches. No one spoke out or trusted anyone, not even long-time friends. As time pressed and life became worse, Maria’s grandmother sought a chance for a new life.

Hope came knocking in 1968. Magdalena received an approval letter for her visa to the United States. The family rejoiced! Finally, someone had the chance to escape the nightmare they were living in. Since Magdalena was the primary caretaker of Maria and her older brother Orlando, they were also approved for visas. Both teenagers were thrilled at the chance of freedom. But then the military came looking for Orlando.

Maria’s brother had turned 17 that year. According to Cuban law, once he reached the age of 17, he was automatically enlisted in the military. So, the day came when Castro’s troops arrived and took Orlando away. As sad as it was, Maria’s grandmother made the sacrifice of leaving Orlando and her family behind. She had to give Maria a chance for a new life.

The pair left Cuba, arrived in the sunny ports of Miami and made their way to New York City. Maria enrolled at a local high school, and her grandmother began working right away. Maria focused on her studies while her grandmother did her best to make ends meet, but it wasn’t enough. Times were tough, and money was tight. So, Maria decided to leave school and help her grandma by getting not one, but two jobs!

They worked side by side every day and helped each other in every way they could. During the day, the pair would work at a button making factory and at night they would clean offices. Throughout those early years, Maria worked several odd jobs. She worked as a third-shift security officer and even as a babysitter for her boss’ children. Maria kept this pace going for five years, sometimes working three jobs to survive! A few years later, she landed a better-paying job at a makeup factory, met a military man and fell in love.

In 1977, she had a beautiful baby boy named Erik. Erik was the apple of Maria’s eye. From the moment he was born, everything she did was for her sweet boy. She began to study English. Her studies helped her land a job in an American banknotes’ factory. After some time, Maria split from Erik’s father and took sole responsibility for raising her son. She worked hard, put him through private school and did her best to be a wonderful mother. When asked about her greatest achievement in life, she answered, “Being able to raise my son and watching him become an amazing man is my biggest achievement. I have no complaints about him. He is an incredible businessman and an outstanding father.”

In 1995, Maria transferred her job in New York City down to Florida to be with her newly married son. As the years went on, she followed in her grandmother’s footsteps and raised two wonderful granddaughters as her own. After 30 years of service for the United States Post Office, she retired at 66. Today she is surrounded by her loving family and living a peaceful life in the sunshine state.

Maria is a living example of the American Dream. She is a proud Cuban American with a heart of gold, who turned her disadvantages into fuel for a better life. Her life serves as a testimony for her family of what it means to work hard, carry yourself with honor and never give up. She is always there for the people she loves and is now extending the ladder to a new generation.

When asked what advice she could give to others, she responded, “You have to fight to achieve what it is you want from life. If you want to live a good life tomorrow, you have to work for it today.” 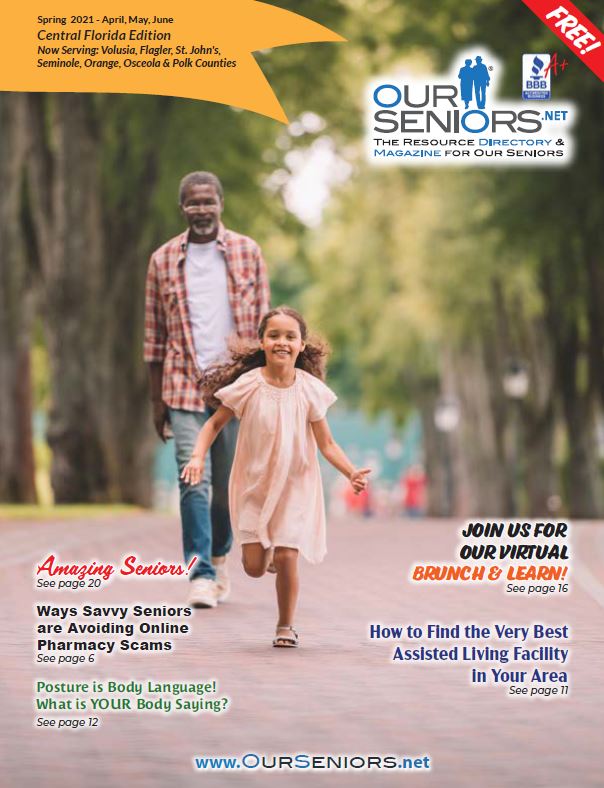